Scratch at knowledge and invariably a mystery lurks just beneath the surface.

Each week, The Conspiracy Show explores these mysteries in a fascinating two hour format.

Host Richard Syrett has been compared to talk radio legend Art Bell, and has guest-hosted on Coast to Coast AM, the world’s most popular late-night radio show. Richard’s passionate pursuit of life’s mysteries and his insatiable curiosity about the world around him has quickly made his show a popular weekend hit across North America. Now The Conspiracy Show is ready to capture a loyal weekend audience for YOUR station! Check out The Conspiracy Show and experience this remarkable program for yourself. 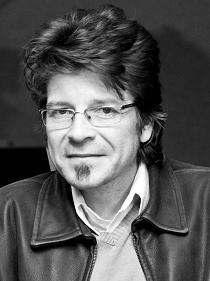 Richard Syrett has a passionate interest in life’s mysteries. His insatiable curiosity about the world around him has quickly made The Conspiracy Show a highly popular weekend radio hit across North America. Richard has been featured on numerous TV shows on The History Channel, Animal Planet, and OLN and has guest-hosted Coast to Coast AM, the world’s most popular late-night radio program. He has often been compared to talk radio legend Art Bell, because of his remarkable storytelling abilities.

Richard’s writing, storytelling and interviewing skills, plus his infectious enthusiasm and ability to stare down chaos and confusion with a smile, make him a rare and valuable media commodity. He’s ready to make The Conspiracy Show a hit for your station and is available for live phone interviews, and he’ll provide custom promos, liners, and sponsor opens and tags at your request!