The Golf Minute is the perfect Sponsorship Opportunity for so many advertisers: 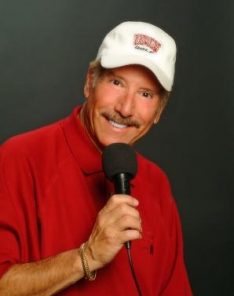 Known as “The Golf Guru of Las Vegas,” Dennis Silvers is the host/producer of “The 19th Hole,” “Let’s Tee It Up” and “The Golf Minute” broadcast on ESPN Radio and Fox Sports Radio.

An award-winning broadcaster, Dennis hosts the golf TV show Tour Rap. In addition, Dennis is host and producer of the TV version of The Golf Minute, airing on Fox5 television. Dennis has been recognized by various organizations for his continued contributions in promoting golf and is often Master of Ceremonies at golf-related functions and benefits.

As a player, Dennis has won amateur tournaments as well as many club events and today carries a single-digit handicap. As The Golf Minute rapidly grows in national radio syndication, Dennis Silvers is ready to win ratings and revenue for your station!

Air The Golf Minute at least once each weekday with the :60 barter adjacency. You can air it again within the same broadcast day as many times as you like, for local sale!

THE GOLF MINUTE  :60 Seconds every Mon-Fri